21st of February was a cold winter day. Perfect for attempting some atmospheric shots along the scenic Athus – Meuse line.

I chose to drop my car in Les Epioux and explore the line on foot. A previous trip ended at the ponds without a decent photo, so this location was a good starting point. Barely visible behind the snow, the first passenger train of the day crossed my field of vision. 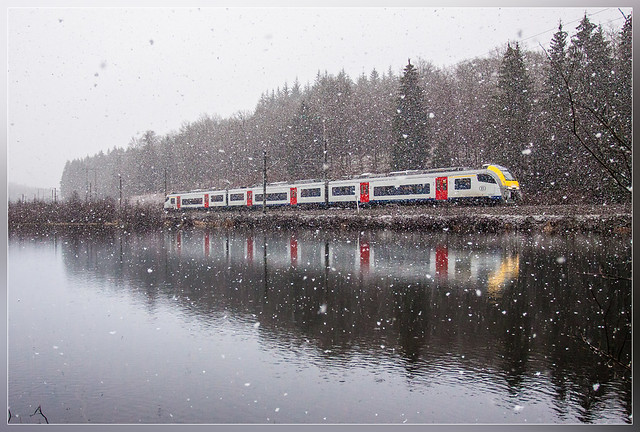 The snowing ended quickly though, but that allowed a nice reflection of the first freight train of the day. Note that for this photo, the camera was held only a few centimeters above the ice cold water. 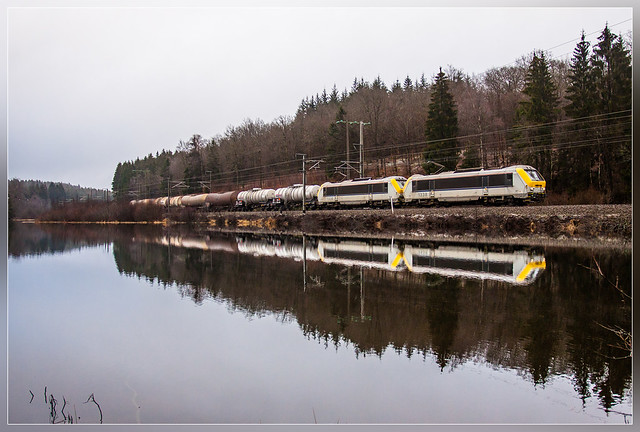 I decided not to continue north because I covered that part of the line not so long ago. Instead, I started walking towards Florenville. Infrabel must have cut the vegetation recently, so after a short climb this nice view for southbound trains presented itself. Of course, after setting up, the first train came from the south… A quick change of location permitted this photo of a northbound Lanutti trailer train. The forest is still drying up after the snow and the rain, creating quite some atmosphere together with the contre-jour. 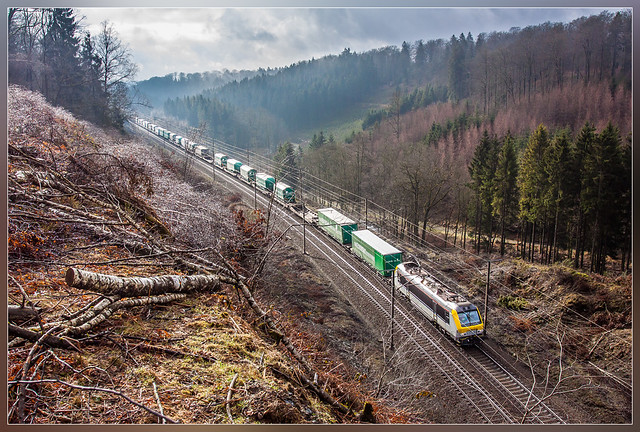 Back to the original viewpoint. The use of the wide angle lens allowed for a grand view of the surrounding landscape. 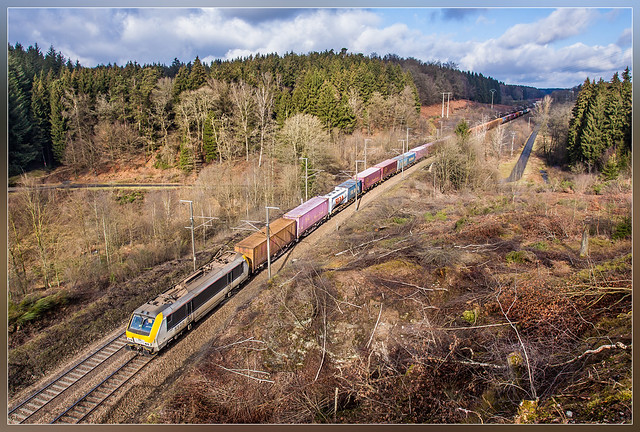 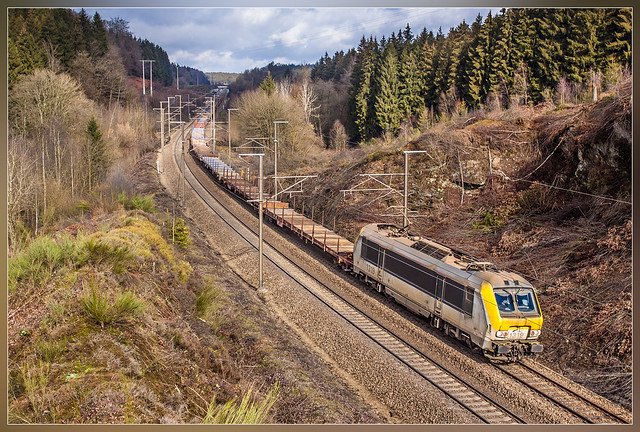 The next train was riding nicely in the sun, allowing this classic shot of a mixed freight towards Woippy. 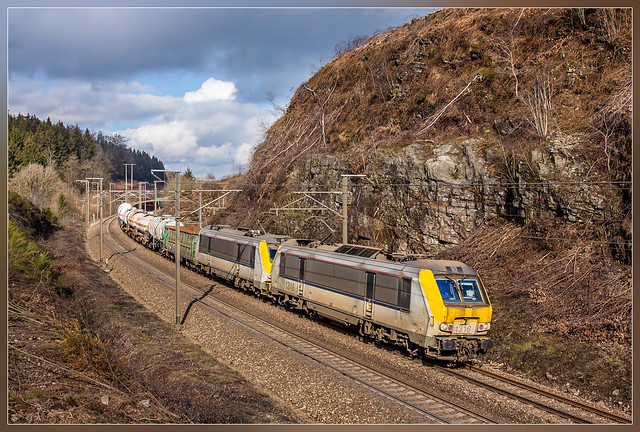 And that was the last dose of sun for the day. Weather would be only degrading further on, thus creating opportunities for some more atmospheric shots. I had moved to the other side of the tracks again to be able to get a new point of view for each train. 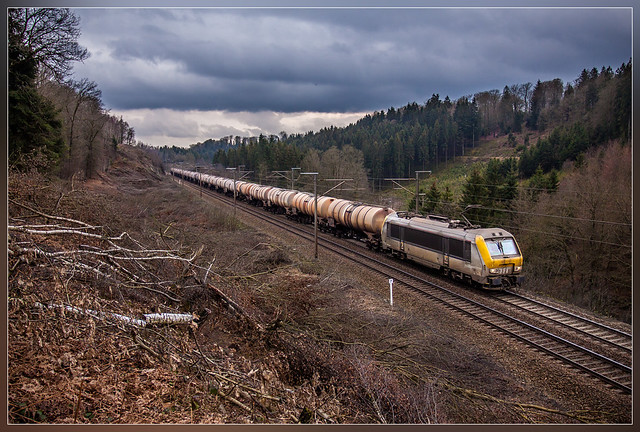 On Saturdays, 2 southbound Ambrogio shuttles run over the Athus-Meuse line. This is the second one. I made the photo only a little further than the previous location (the bushes in the back on the right side of the photo). 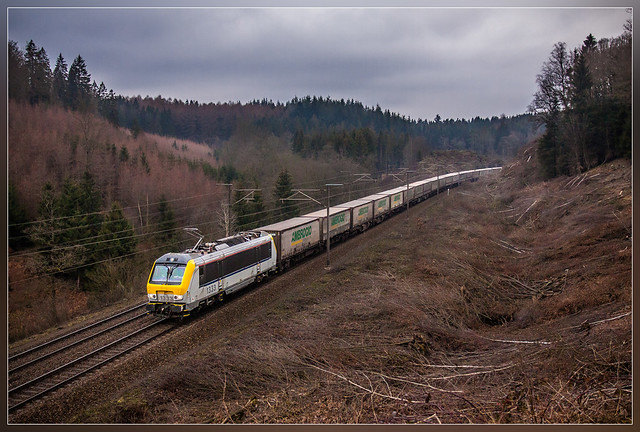 It was quickly getting darker, snow heaping up in the clouds above. One last southbound train presented itself to the camera. 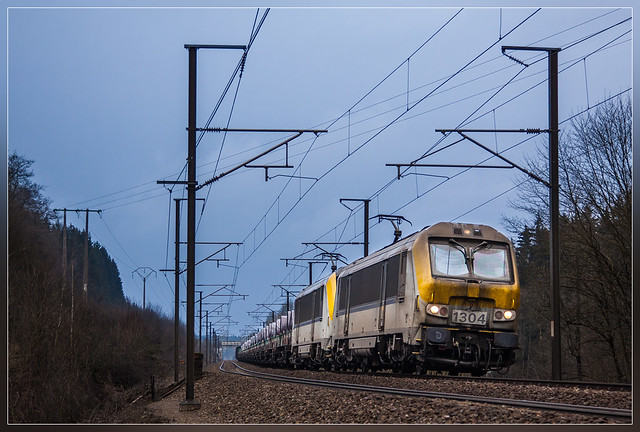 Shortly after this shot, with the falling of darkness, snow started turning everything white, reducing visibility to nearly 0. It was a challenging car ride back home :).

Below is a map with the photo locations.